Larry Stone and Chester Eskholme founded Professional Ambulance and Oxygen Service in 1969. Both men had strong ties to the Cambridge-Somerville community with Larry bringing medical experience from having served aboard a naval hospital ship during Vietnam. Their combined knowledge of the area and the fact that they were two of the only 500 certified EMTs in Massachusetts created a perfect match for the birth of an ambulance company. With a single ambulance and an office on the Cambridge-Belmont line, Larry and Chester proudly served all communities that requested their assistance.

Eager to grow, Larry signed an agreement with the City of Cambridge in 1972 to provide backup ambulance services to the Cambridge Fire Department.  With the addition of a second ambulance that year they began to focus their attention on the Boston area. Professional Ambulance, commonly referred to as PRO, transported patients for Boston City Hospital, multiple nursing facilities, and private residents. The increased call volume required additional ambulances and a second location.

Throughout the years, PRO recognized steady growth despite increased competition from new providers. PRO’s reputation as an EMS leader in the Metro-Boston area was well earned and established by 1979. Even then, Larry and Chester were still regularly working as partners on an ambulance. Tragically, Chester passed away from an aneurysm in 1980 leaving Larry as the sole owner of the business. At this point, Larry brought in his wife Cathy to provide administrative and business support. Eventually, Larry and Cathy would also bring in their three daughters to serve in PRO’s billing department.

Throughout the 1990s business continued with a growing focus placed on City of Cambridge programs for the elderly, youth, and underserved.  During this time, Bill Mergendahl evolved into his current role as CEO with Larry as PRO’s President. Recent years have seen dramatic changes in EMS and at PRO.

PRO extended its commitment to training and education within the community during the 2000s. In early 2002 PRO began what would become a continuous project to update antiquated systems and equipment taking advantage of state-of-the-art technology whenever possible. These changes enabled PRO to redouble and formalize its efforts in the areas of Continuous Quality Improvement (CQI) and Staff Development. On April 1, 2005 the already unique, symbiotic public/private partnership between PRO and the Cambridge Fire Department was greatly enhanced as the Cambridge Fire Department initiated its ALS service.

Sadly, on October 9th, 2021, Larry passed away. Larry was the driving force and conscience of the company. He was always accessible to the staff as well as the people and the entities that PRO serves. Until his death, Larry continuously maintained office space allowing him to interact with the staff and remain a part of daily operations.

Larry, known to his family and friends as “225”, you are gone, but not forgotten. Your legacy and your commitment to those in need of help continues. Each day, all of us at PRO embrace your promise of Caring For Our Community. Rest in peace, we’ll take it from here. 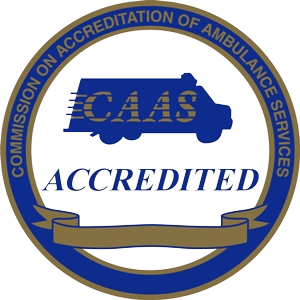